It’s Friday again, meaning that school is starting soon – but it also means that it’s time for Let’s talk bookish hosted by J.R. @ Eternity Books, where each Friday a certain bookish topic is discussed! Today, I’ll discuss my favorite book tropes and why I love them!

#1 A complex and twisted villain

The best villain you can ever be gifted with is one with a complex and split personality. Creating a villain which is purely evil and hated makes the book plain and uninteresting. However, creating a villain who can partly be understood or even pitied and who has a complicated background creates suspense and mixed feelings for the readers. In other words, they understand the villain and are far more intrigued to experience its development and the final outcome of the character.

A character is particularly interesting if his true intentions are unknown and remain that way up until the ending. It creates a certain kind of suspense that keeps you on your heels trying to interpret every of the character’s action waiting for clues. It desperately makes you want to discover the true identity and has you hoping and wondering.

#3 Getting a crew together

It’s brilliant if a character gets offered a job and then has to get a crew together to get it done. There’s plenty of room for further development like different character POV’s, the crew hating each other first and then becoming a family after life treating situations – everything is possible.

That’s it, I hope you enjoyed my breakdown of favorites tropes and the corresponding fan arts I chose (it took me ages to agree on them!). Happy reading!

9 thoughts on “Let’s talk bookish: book tropes that you love and why!” 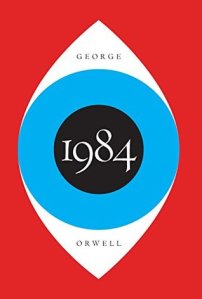 I have come to be a huge admirer of small bookshops and the San Francisco Book Passage has stole my heart. With its small corners, nice staff and lovely books it has made it to my top book store in America.

Who knows and loves THE PENDERWICKS, this is Jeanne Birdsall’s favorite bookshop where signed copies can be bought!