Counting down the BIGGEST, BEST AND CUTEST.

#1 Most likely to be in the movies: the book that would make the best movie

I’d say Caraval by Stephanie Garber, because the scenery alone would make the movie incredible, with caraval’s magic and Scarlett’s dress with its own mind.

#2 Biggest Drama Queen/King: the most (overly) dramatic book or character

Who can be more dramatic than John Green’s Tiny from Will Grayson, Will Grayson ? He produces his own musical about his life?!

#3 Best dressed: the book with the best cover

Not really sure why, but I’ve always loved the A Study in Charlotte series by Brittany Cavallaro had great colorful covers!

#4 Most creative: the book with the most unique plot, characters and structure

I know it’s VERY CLASSIC but I choose Harry Potter because no one will ever live up to JK Rowling’s imagination and the strength of this world she created.

#5 Most popular: the book with the most ratings on goodreads

From the list “Best Books Ever”, The Hunger Games by Suzanne Collins is first place and JK Rowling’s Harry Potter and the Order of the Phoenix is second place. Personally, I would have switched!

#6 Most likely to succeed: the that is going to be appreciated for many years

I’d say The Hate U Give because of its spotlight on racism and police violence.

#7 Class clown: the book that made you laugh out loud 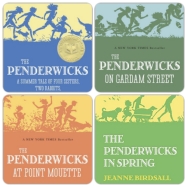 To be honest, I can’t decide between Jeanne Birdsall’s The Penderwicks on Gardam Street, as the soccer scenes are iconic, or Kerstin Gier’s Silver. But I’ll stay true to my childhood and choose the Penderwicks as this is the most funny, loyal humorous family ever.

#8 Most improved: a book that started out slow but really picked up

I’m probably hated for this, but the first Harry Potter. It really takes its time, explaining the whole wizarding world, going shopping on Dragon Alley, entering Hogwarts and so on. It really only pics up speed on during the last sixty pages, fighting Voldemort. But I don’t blame JK Rowling. I love Harry Potter – just to be clear. 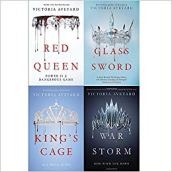 #10 Biggest heartbreaker: the book that broke your heart

The Fault in Our Stars by John Green. I don’t think I need to explain myself – okay.

That was it for the tag, I hope you enjoyed it and consider yourself tagged if you want to try it!!!

2 thoughts on “The Superlatives Tag”