While 2018 was an amazing year concerning books – I discovered many many new series I am now obsessed with – there were some minor disappointing books as well. And because 2018 is slowly coming to an end, I decided to list my least favorite books I read this year!

1# The Penderwicks at Last

While this book wasn’t actually the worst one this year, it was the most disappointing to me. I have had great expectations when I first saw this book: I imagined the great finale I had hoped for for many years, but what I got instead was pure disaster. The fifth book of The Penderwicks series by Jeanne Birdsall wasn’t filled with her usual humor, charm and lovable characters. What I got instead was an annoying small girl who was as old as the sisters in the first novel, but not nearly as sophisticated. Neither the two main characters fell in love, nor were the original four sisters mentioned enough! The last novel of this series was basically a disaster, I’m still recovering from its damage and wish I’d never read it in the first place. Sorry for the drama. Review here.

I had great expectations for Kendare Blake’s Three Dark Crowns as well. Simply because, judging from the plot, I would have been perfect for the book. I love fantasy, I love royals (let alone the British ones!), I love the idea of fighting for the thrown and I simply loved the principle of the three sisters all wanting to reign. But sadly, the book disappointed me in the most drastic ways: the story wasn’t as compelling as told, the characters were quite tedious and the pace was very slow. Because of my love for the Red Queen series by Victoria Aveyard I thought this book would be a match because the principles are the same: everyone is trying to earn the thrown while fighting off one another.

#3 The Case for Jaime

I was a little disappointed by the third novel of Brittany Cavallaro’s Charlotte Holmes series. But from this book on, it’s not like I didn’t enjoy the book at all, it simply wasn’t as good as my other reads! The first half of the book was enormously slow. Watson and Holmes were searching each other – kind of – and while the whole story was pointing toward their encounter, nothing happened. After meeting not nearly as dramatic as expected, they were forced to flee and the story turned again. To be honest, I don’t even remember the end because it was so random. I don’t even remember the exact plot lines…

#4 Turtles all the way down

I only added this book on my mental list recently. Because while reading it and writing the review, I praised the book because I was so dazzled by John Green’s writing, I didn’t even realize that the book literally HAS NO STORY. Aza Holmes is playing detective – but she never really deducts!! While I have absolutely no problem with focusing on inner struggles, this was too much. I bought this book because I wanted to read a good, mysterious detective story, not about psychological problems. And while I didn’t dislike the book, it is definetely not as recommendable as all the other great books I read throughout the year. I actually really like John Green: I am a huge fan of The Fault in our Stars and Paper Towns (even though I didn’t enjoy the ending) – but this book didn’t completely win me over.

I have the most mixed feelings towards this book. My Plain Jane wasn’t exactly 100% a BAD BOOK, I just felt that after My Lady Jane this book let me down. The original story is actually a pretty good idea, there are just a few problems coming along with it. I liked the original concept of Jane Eyre and her best friend Charlotte Bronte (I know the e has dots) who is writing a novel about her “plain” friend. And the fact that she could see ghosts was humorous as well. But the story wasn’t exciting enough to be an excellent read, at least in my point of view. There were a lot of funny aspects about this book, like the Harry Potter mentioning or Jane and Gifford “ghosting” around in the palest, but the negative aspects did slightly overrule the positive.

I hope you enjoyed this entry and tell me: what did you think about these books? Have a great day and Happy Holidays! 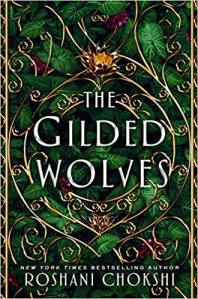